Introduction to contemporary art in the style of Keith Haring 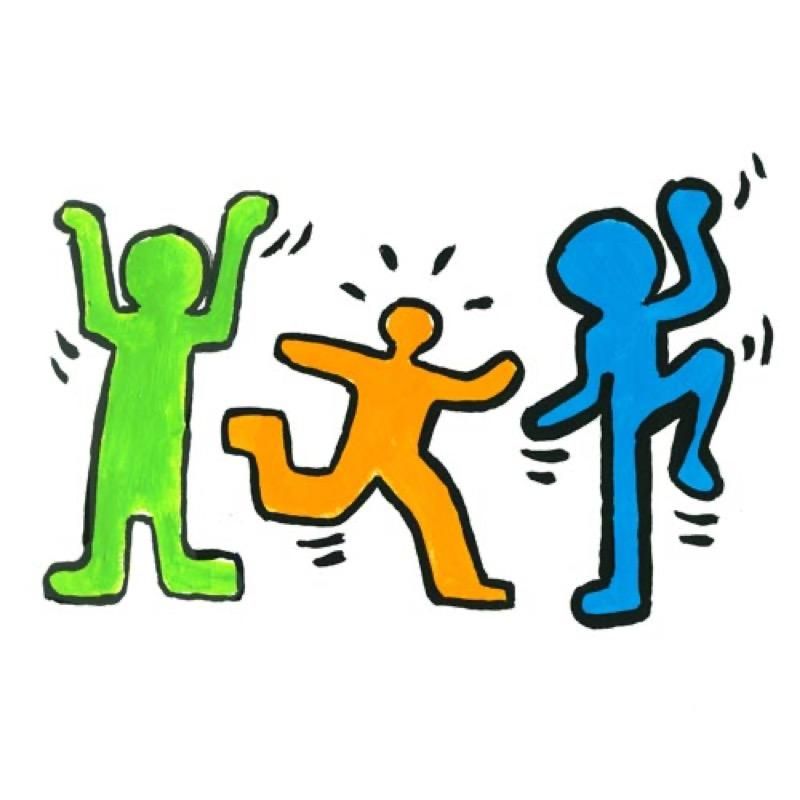 Children will be introduced to contemporary art by creating stylised shapes and silhouettes in the style of Keith Haring and combining warm, vibrant colours.

Children will be introduced to contemporary art by creating stylised shapes and silhouettes in the style of Keith Haring and combining warm, vibrant colours. Close to pictograms in terms of the drawing style, Keith Haring's work is ideal for introducing children to the concepts of movement, the body and space.

Keith Haring was a contemporary American artist and painter. He was born on 4 May 1958 in Reading, Pennsylvania and died on 16 February 1990 (at the age of 31) in New York. He worked as a designer, painter and sculptor in the 1980s.  His paintings are considered part of the general contemporary art movement, rather than the 'figuration libre' (free figuration) movement. Haring's signature style consisted of the continuous repetition of stylised shapes in bright, vibrant colours and outlined in black on different media.

Context and analysis of Haring's work

Alternative culture in 1980s New York York shunned the galleries and museums in favour of the streets, warehouses and subway. It was during this flurry of underground activity that Keith Haring first met Kenny Scharf and Jean-Michel Basquiat, two artists from New York with whom he became friends.

At the same time, Haring was also organising and taking part in exhibitions and performances in a legendary avant-garde venue: Club 57.

Graffiti began to appear on more and more walls around the city in the 1980s. Haring succumbed to the temptation to leave his mark in white chalk on the black walls of the New York metro. His famous 'subway drawings' were born.

In 1986, Haring capitalised on his growing fame by opening a shop selling products based on his work. The idea was not to everyone's taste, but was supported by his staunch mentor, Andy Warhol.

Haring's work is characterised by the repetition of stylised shapes outlined in black and often filled with warm, bright colours (yellow, green, red, blue). The drawing style is relatively simple and understated, but most of the time it gives the impression that the characters in these works are moving thanks to the lines borrowed from the world of comic books.

Whatever the medium, the line is the key element that defines Haring's style. Whether created using markers, chalk, felt-tip pens, ink, acrylic or spray paint, the line remains a flowing constant.

For his designs, Haring used a range of different mediums without ever making preliminary sketches or corrections, even on his biggest pieces of work. He created murals, drawings, paintings, painted objects, t-shirts, badges and printed posters...

Haring's work represents characters, objects and animals in a symbolic manner. Sometimes the designs tell a story but they always elicit emotion from those who view them.

A crawling 'Radiant Baby', a dog with a rectangular snout, a television, a flying saucer... Whether human or not, these symbols 'sketched' by Haring are immediately recognisable.

Haring took advantage of all the opportunities on offer in New York in the '80s to make his work as accessible to the public as possible, demonstrated by his use of city billboards and the creation of a store selling products based on his art.

The majority of the subjects he worked with reflect his life or questions posed by people around him at the time. He also represented the energy of his generation, inspired by the hip-hop music and breakdancing which was shaking up New York. 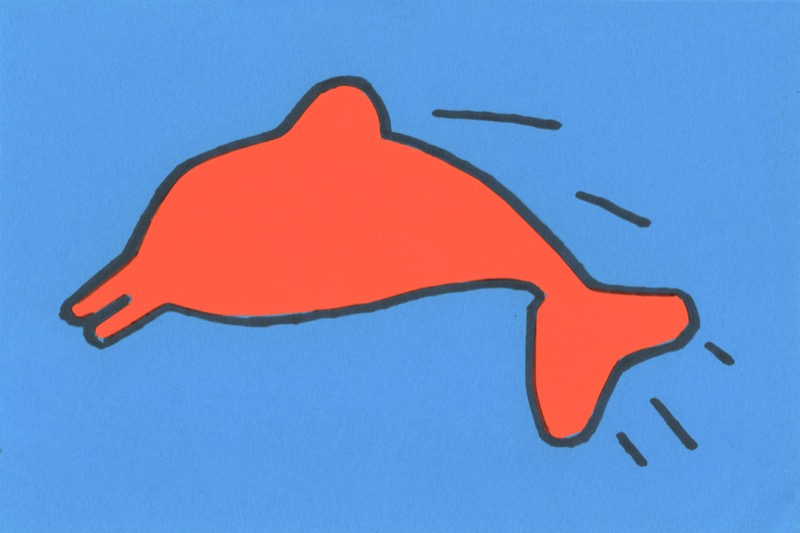 > Drawing and cutting out techniques

> Emphasising shapes by following their outlines

Ask children to draw the outline of an animal e.g. a dog, a dolphin etc. on a sheet of gummed paper.

Get them to cut out the animal and to glue it onto a different coloured sheet of paper.

Then suggest going over the outline of the animal with a black felt-tip pen, before finishing their creation by adding lines emphasising the movement of the character. 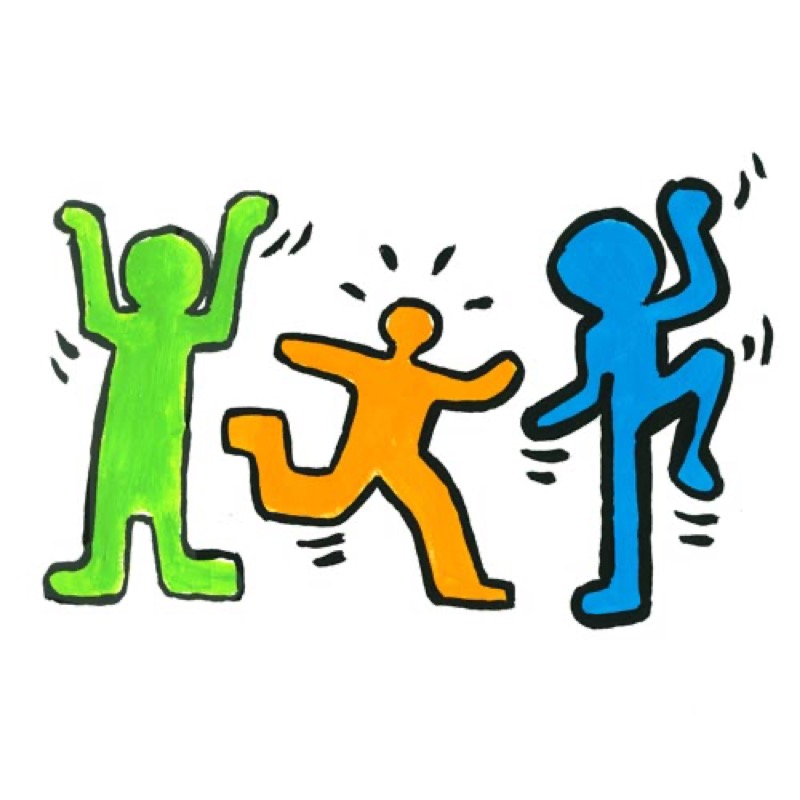 Encourage the children to create a fresco together: spread out a large roll of paper and get them to gather around it.

Suggest the children each draw one or two characters in the style of Haring: a black outline filled with flat, vibrant colour.

Have them choose a pose for their characters beforehand: sitting down, standing up, lying down, on one leg, etc. then ask them to illustrate the movement of their characters with the small lines characteristic of Haring's style.

You can also suggest that they create a 'full size' fresco by tracing the outline of their peers lying down on the paper, before colouring in the silhouettes with paint.

Were you inspired by this worksheet? Why don't you continue the adventure? Canson invites you to show off your students' work by sharing it with our community. Whatever the subject, we would love to see your creations! If you would like to take part, you can get in touch using this contact form.