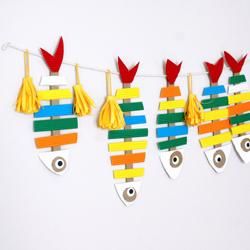 Make a fish garland with the children for April Fools day!

A colourful decoration that can be easily made in a group with just a little string, kraft paper and corrugated cardboard.

With just a few snips, you can create a pretty garland to decorate the classroom!

The explanations for using fish on April Fools Day are many and it's difficult to know which one is the correct one, but the two most common are

- the closure of the fishing season is at the beginning of April so fishermen may have been offered fake fish, to replace the real thing!
- because of lent, a period during which people ate fish instead of meat, they may have given each other fish once the fast was over. 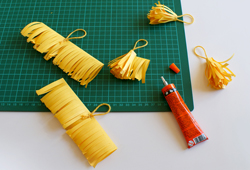 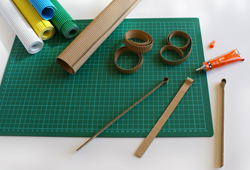 Assembling the back bone 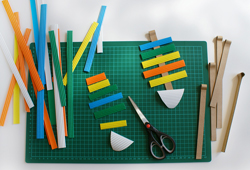 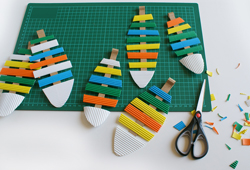 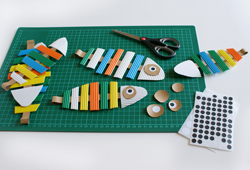 Creating the eyes of the fish 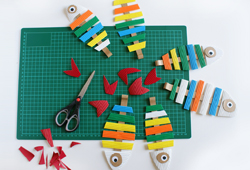 Finally, cut the fish tails in red corrugated cardboard and glue them to hide the cardboard loop you made previously.

Your pompoms and fish are ready to be strung on a cord to decorate the classroom!

Does this inspire you? Why don't you share your creativity? Canson invites you to exhibit your pupils' creations and share them with our community. Whatever the subject, we will be delighted to discover your creations! You can simply contact us using the contact form.