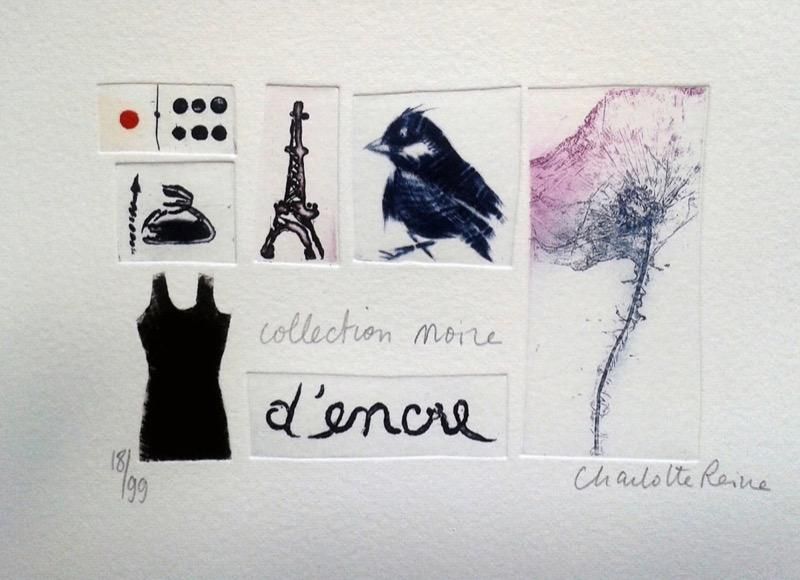 Engraving is a technique that consists of making carvings on a metal plate with a tool or a mordant (an acid).

This plate will be inked then wiped and put under the press.

The term engraving is used when it is printed on paper.

It can be recognised thanks to the hollow imprint left on the paper by the pressure exerted by the press during printing.

This is done manually using a tool that carves directly into the metal. It can be done using a drypoint, a burin, a rocker, a scraper and a burnisher.

Drypoint refers to both a tool and the engraving process. Its result is called “intaglio”..

The mezzotint technique (uniform graining of the plat in the form of small holes thanks to a tool called the rocker) enables dead black printing.
The velvety aspect of the blacks and the softness of the grey values are specific to the mezzotint technique, which, like the burin technique, requires tremendous skill and a lot of experience.

Etching is an engraving technique that uses nitric acid to bite into the metal plate. Ferric chloride, which is less toxic, can also be used. According to the result desired, various techniques exist to protect the metal, leaving the parts for biting exposed. 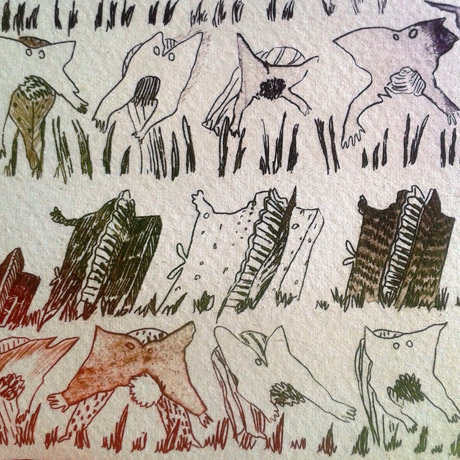 hard varnish is a technique used on metal, often copper, for intaglio printing. The plate is covered with a protective varnish; a point is used to create an image on the metal, leaving the copper exposed.

Once the image is completed, the metal plate is submerged in a tray of acid or ferric chloride. This bites into the places on the metal where the varnish was removed; the longer the plate is left in the acid, the deeper the biting: the acid only attacks the places where the copper is not protected. The ink lodges in the grooves, it will appear on the paper after printing under the press.

The white spaces are the parts protected by the varnish.

this process, also referred to as “stipple engraving”, makes it possible to draw through a paper or fabric directly onto the varnish. After the acid bath, the biting resembles a graphite pencil drawing.
Soft varnish can also be used to create material effects with plants or textiles. 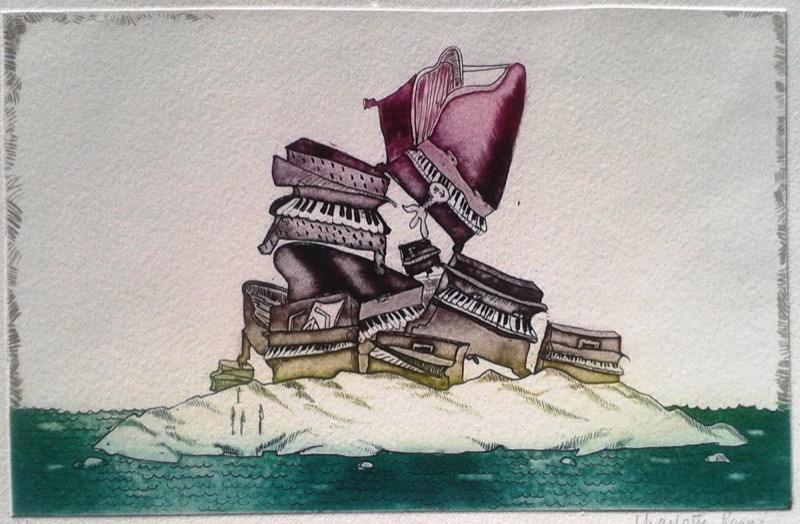 this process consists of covering a metal plate with a layer of rosin powder.
After cooking, the grains of resin melt and stick to the plate.

Biting takes place between all these tiny points that serve as white spaces. This process makes it possible to create a surface made up of points rather than lines with surfaces of varying values, according to the duration of the acid baths. 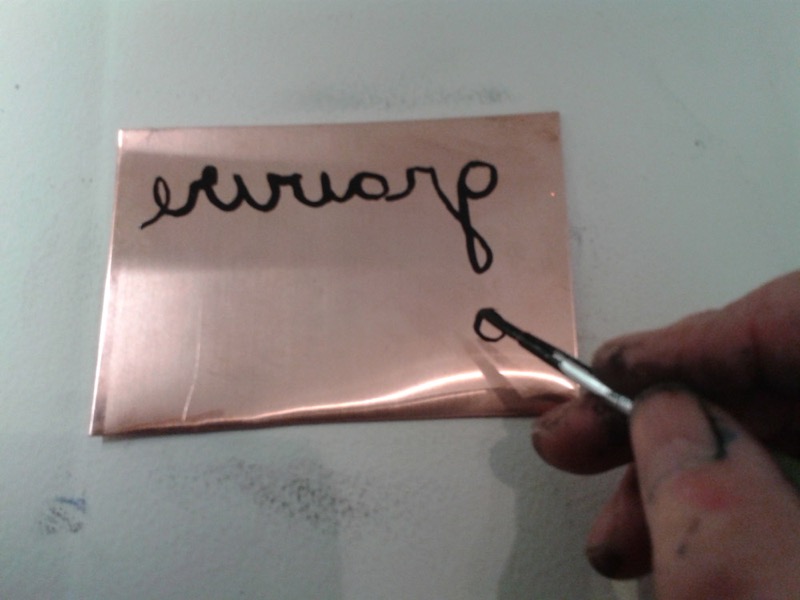 this technique makes it possible to draw directly with a brush and a mixture of powdered sugar and Indian ink, either directly onto the plate or on an aquatint prepared for the acid bath. This is the design that will appear in black after printing

this engraving technique consists of drawing with a brush (or a feather) dipped in lavender oil, directly on the varnish. The parts exposed by the lavender oil will be bitten in the acid bath and will create black spaces during inking.